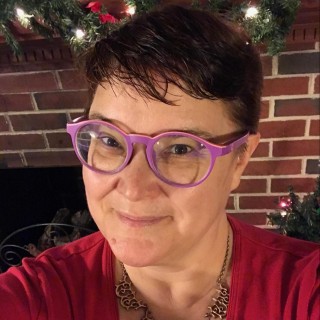 A study of genetic diversity throughout the world shows that polygyny was the typical sexual relationship in Europe and Asia, until the shift to settled farming communities around 10,000 to 5,000 years ago. However, it can be seen in archeological evidence that in some Slavic countries, like the Ukraine, the lifestyle was still semi-nomadic until the 5th and 6th centuries and even then, the land ownership was semi-communal. It was the ownership of land that necessitated the type of relationship that ensured a genetic line of succession. This consequently developed the traditions of a marriage that essentially meant that the woman was the sole property of the man to ensure the paternity of the offspring. And marriage ceremonies weren’t even written down until the Orthodox church came into prominence around 1,000 CE.

I have worked to reconstruct a partnership ritual based on the ancient Pagan and magical elements that are seen shining through the patriarchal structure that was imposed on marriage. Remember that during the Middle Ages marriages mainly represented familial alliances and had nothing to do with love; their spouse was chosen for them. And in ancient pagan rites, we see that sex didn’t necessarily go with love, as ritual sex (for the fertility of the land) was practiced at the Summer Solstice and other times. Many ancient Pagans didn’t have a concept of marriage. People partnered up as they desired on a temporary basis, sometimes men carried off the women they wanted (willing or no,) and someone who was rich might be able to support several partners.

A common Slavic tradition nowadays is that of “buying” the bride, but as that seems to be a holdover from the Dark Ages, I have not included it. Nor have I included the traditions of braiding and tying up the bride’s hair, since this also seems to be taking away her power and handing it over to her husband. The goddess Dejanna has her hair unbound as a symbol that she has control over her own life, whether she is married or not. With a Pagan handfasting, you can decide how tightly you wish your lives to be bound. Certainly promising to walk alongside a beloved friend for a period of your life is deserving of the recognition of a community and their support.

It would be best to time it during the New Moon, so that your love is acknowledged in the energy of the increasing moon. New clothing is preferable, as superstition warns against borrowed clothing for a wedding because it can bring trouble to married life. (Although if you want to wear something borrowed, you could smudge it ahead of time to remove any unwanted energies.)

The embroidered cloth known as a rushnyk is an important symbol that shows up in Slavic marriage ceremonies through the ages. Embroidered on white linen with red thread, symbols of love (bird pairs symbolize a happy marriage, flowers especially periwinkle which represent eternal love, flower or herb wreath symbolizing no beginning or end) and the Mother goddess (usually Rozhanitsa) should be represented. The most important rushnyk would be a longer, thinner cloth used to bind the couple’s hands together in the ceremony. (This can be worn as a stole by the celebrant, then taken off and used to tied their hands together.) A simpler and larger rushnyk can be placed on the ground where the couple is to stand. A “guest rushnyk” in which a loaf of blessed bread is wrapped and presented to the married couple by the parents. And a nabozhnyk (which means “on god”) cloth is used for decorating your chur (the carving of a god or goddess that you select to place on your altar and watch over your marriage.)

The bread is a beautiful pre-wedding magical ritual all on its own. It is called korovai, which means “cow”, the horns of which mean fertility. It is often made in the home of the bride by female friends and family (preferably an odd number of women.) Songs are sung during its making and joyful energy is put into it. It should include salt in the recipe since salt is an ageless symbol of preservation and longevity. A simple korovai can be a large round circle, or a braided circle. A more complex one is made in graduated layers like a modern wedding cake and if it is shaped like that, the top (the moon) is given to the couple, the next layer is for the parents and the bottom layer is for the guests. Sometimes decorative shapes are made on the loaf out of dough, usually two birds that represent the couple, other birds represent family and friends, an owl is shaped for the fathers of the couple, a pair of shoes for the mothers (and these are given to them, when it is cut up.) The bread should be blessed before it is baked. After baking, the bread can be decorated with the fertility of nature: wheat stalks, herbs, nuts, flowers and fruit and with additional symbols of suns, moons (cow horns), birds, animals, pine cones (also symbolizing fertility.)

We know that early pagans worshipped in groves of trees and other natural spaces. So, if possible, find a natural space and lay it out in a circle with an altar in the very center. The witnesses should gather around the the sacred space in a circle.

While natural spaces are sacred by their very nature, people need reminded of this. So to call awareness to the sacredness of the place, you could have someone walk around the circle and smudge everyone with incense. Myrrh, frankincense, Siberian cedar, juniper berries and birch resin are all traditional incense in Slavic areas. Birch incense would be especially appropriate because it is sacred to the goddesses Vesna / Lelya / Jarila and their realm is Spring and Love. You could also symbolically sweep around the circle with a birch broom to cleanse it and create a “new” space. The broom can later be placed in the home to “guard” the door.

The couple should enter the sacred space together, to show that they are equal partners. To further define the sacred space when they are in the center, they should bow to the four directions starting with South (white, air), West (red, fire), North (black, water) and East (green, earth.) Remain facing the East since this is the direction of beginnings. The parents should greet them at the altar and present to them the bread and salt wrapped in the rushnyk. They can also hold the chur or it can stand on the altar. The wedding couple ask for their parents’ blessing and make three bows (sometimes also kissing their faces, hands and feet along with the bow.) The parents wish them love and affection and give them the chur which will later be put in the couple’s home in their “Red Corner” home altar.

Your wedding vows can be written to pledge your promises to each other based on your level of commitment. Before reciting the vows, the couple should step upon the rushnyk, which represents their fresh new life together. (Remember to be careful when stepping on it as the tradition is whoever steps on it first will be the one “in charge” of the relationship.) You may wish to place a chalice of red wine on the altar and share a drink with each other. Before drinking, a bit should be spilled upon the ground as a libation to the gods.

A Slavic wedding is actually called “The Crowning.” This has been adapted into the Orthodox rituals but it certainly goes back to pre-Christian origins. Crowns of flowers are a traditional symbol of love and eternity, as seen at the celebration of Kupala. You can tap into the symbology of flowers and colors when constructing your wreaths before the wedding, but often the crowns incorporate periwinkle and myrtle.

Even in Slavic marriage rituals today, the couple is not considered married at the exchange of rings, but rather, upon their crowning. I don’t believe the concept of wedding rings is a Slavic Pagan tradition, but it can certainly be worked into the ritual should you desire. The crowns are held above the couple’s head by the two witnesses (ie “best man” and “maid of honor”) while they exchange their vows. The officiant should tie their hands together with the rushnyk upon the completion of the vows. The officiant then leads them around the altar 3 times (to represent their path of life traveling together,) and then they can be crowned by their main witnesses.

To wrap up the ritual, it would be a symbol of completion to go back around and bow to the directions in farewell. If the rushnyk is tied properly, the couple should be able to slip their hands out and the cloth remains symbolically tied in a knot.

Since singing and dancing are very important parts of Slavic pagan rituals. If it is possible to have someone lead a traditional kolo around the wedded couple, that would be a great energetic ending to the ritual. Or even to have the wedding couple lead a spiral dance into the center and back out again, which would let the couple look at each of their guests in turn.

After the ritual, cut and divide the korovai bread. Food and drink are a good way to ground people after a magical ritual.

(This is an excerpt of my upcoming book on Slavic magic to be published early 2018 and I expect it will be added to before the book is done.  Please request permission to copy more than a brief segment.  [Unless it is for your own personal magical use, in which case, blessings on a wonderful “Crowning!”]  “Follow” my blog to receive updates on the book progress and other interesting thoughts and artwork.)